A war on systemic poverty would be a war worth fighting 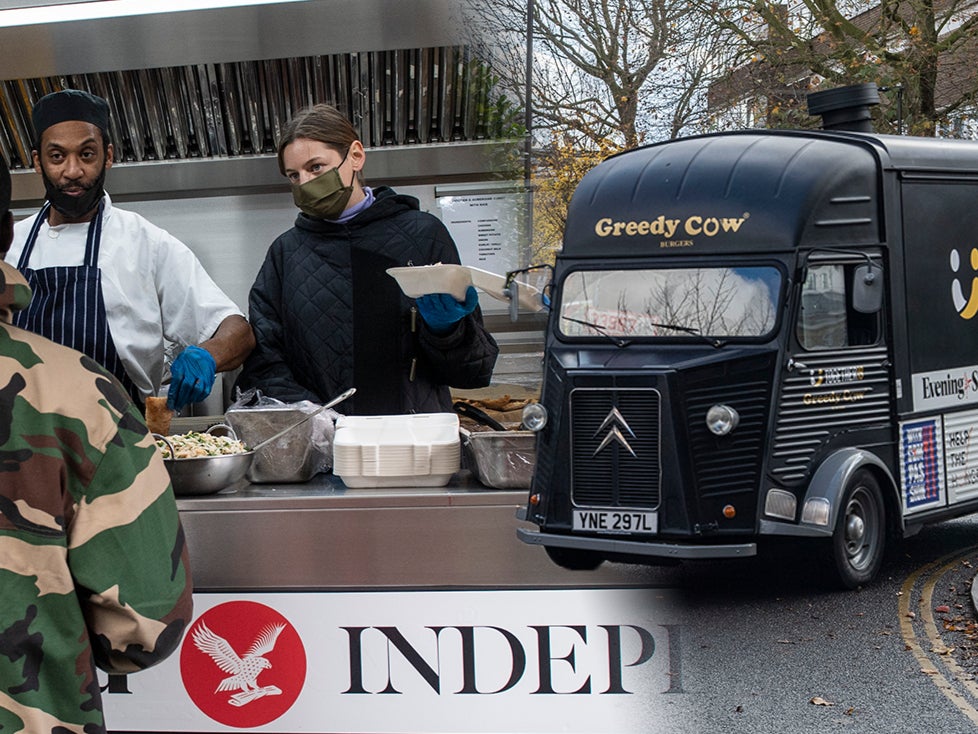 Anyone who cannot work, for whatever reason, should be entitled to the equivalent of the national minimum wage.Do not say we cannot afford it: we found the money for Brexit when we wanted to and if a war started tomorrow the money would be found.What we need is a war on systemic poverty, now that would be a war worth fighting.However, within 12 months he, along with all the apparatus of his government, was calling for the UK to remain part of the EU.Most recently the devolution power grab that is highlighted in the Internal Market Bill simply reinforces this stance.

While we are doing our bit to help feed those who would otherwise go hungry, let us not forget that all this effort highlights a national disgrace – namely that, without this effort, many in our society would starve.

So we urgently need a national campaign to persuade the government that no one should be dependent on charity to feed themselves and their dependants. Anyone who cannot work, for whatever reason, should be entitled to the equivalent of the national minimum wage. If the living wage was mandatory, that would keep the “incentive” to work so beloved of politicians.

Do not say we cannot afford it: we found the money for Brexit when we wanted to and if a war started tomorrow the money would be found. What we need is a war on systemic poverty, now that would be a war worth fighting.

It is not difficult to predict the next major government cock-up. Vaccination becomes available for use. Large numbers of inoculations promised per day. No clear and agreed guidelines about the order of access, except vague references to frontline workers. Botched attempts at announcing the pecking order. No buy-in from those responsible for vaccinating the public. Inadequate opportunities for the public to debate, understand and accept the arrangements. Anger between different sectors of the population contributing to further divides in society. Faulty booking systems. Overwhelmed vaccination centres. Weekly policy U-turns. Delays in delivery. More extravagant promises of world-beating systems. Evidence emerging of wonderfully organised procedures in other countries.

Let’s hope I’m wrong and that someone in charge is about to announce a well thought through plan with time built in for parliamentary and public discussion.

I’m sorry that Martin R (letters) fails to understand that there has been a fundamental and existential change in the UK since 2014. He was right to point out that in 2014 David Cameron called the Scottish decision to remain in the Union a once in a lifetime event.

However, within 12 months he, along with all the apparatus of his government, was calling for the UK to remain part of the EU. In June 2016, the total votes gave leaving the EU a majority in England and Wales, but not in Scotland and Northern Ireland, who believed and followed the judgement of the then government. The radical and disruptive impact of Brexit manufactured by Johnson, Cummings and Gove is yet to be felt. But the whole basis upon which the Scottish referendum was debated was against the backdrop of the UK being a powerful and integral part of EU; we even stressed the fact that Scotland would not be able to easily be accepted back into the EU.

Given over 62 per cent of Scotland voted to remain in the EU and that many of the Leave campaign’s promises and statements have proved baseless (think of our oven-ready deal) democracy for Scotland is being conveniently ignored.

Boris Johnson’s comment that devolution has been “a disaster north of the border” and “Tony Blair’s worst mistake” should hardly come as a surprise to anyone.

The Tories have never been great supporters of devolution, vehemently opposing both the referendums in 1979 on establishing a Scottish Assembly and in 1997 on the Scottish Parliament.

Most recently the devolution power grab that is highlighted in the Internal Market Bill simply reinforces this stance.

The Scottish Social Attitudes survey (2019) on constitutional preference found that only 7 per cent favour abolition of the Scottish parliament and it found that trust in the Scottish government sits at four times that of the UK government. This points to it hardly being a disaster.

For those accused of scaremongering that there is a threat to Holyrood, Johnson’s comments are clear vindication. The irony of all this being that devolution has given new life to the Scottish Conservatives after its wipeout in 1997 and it is now the opposition in the Scottish parliament.

Be under no doubt, the Scottish parliament, which was hard fought for, is under threat and we must do all in our power to defend it.

John Wilkin [in a reader’s letter] asks if current Conservative Party self-interest (over the “red wall” in this case) takes priority over the national interest. The answer is yes. Always has, always will.

At the height of the worst pandemic in over 100 years, Donald Trump’s refusal to concede and assist president-elect Joe Biden‘s transition to power is unforgivably negligent, and provides our anguished nation only with a new study of degeneracy. Until Trump steps out of his bunker of denial and publicly admits defeat in a fair election, the health of the nation will remain in peril.