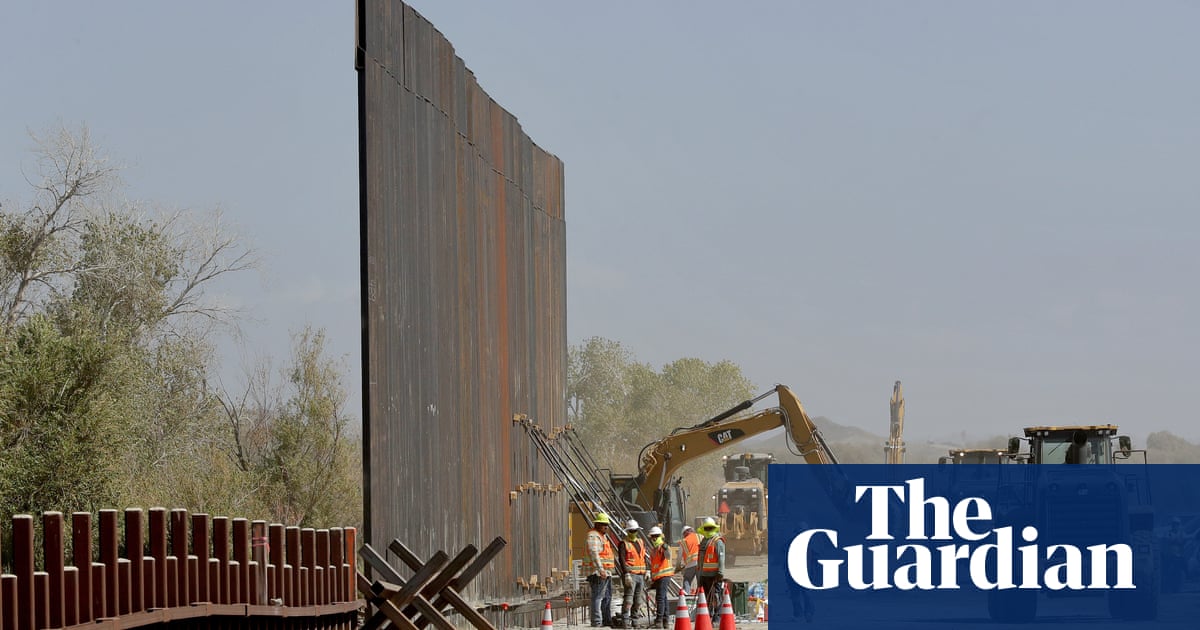 Some lawmakers along the border find these developments heartening, after Trumps border wall construction has devastated sensitive ecosystems, tribal spaces, and communities, and has been continuously challenged in court.But while weary border activists see a potential ally in the Biden administration, many say that, while his electoral victory brought them a sense of relief, they are hoping for more than a return to the status quo.The Trump administration has used it to bypass protections like the Native American Graves Protection and Repatriation Act, the Endangered Species Act and the Clean Air Act.But border activists are not convinced.According to activists, that will require an acknowledgment of Bidens own contribution to the project of border militarization.

Biden has said he will end construction of Trump’s wall, but activists say they hope for more than a return to the status quo

As Joe Biden prepares to take office, activists say the president-elect must not only take meaningful action to stabilize the US-Mexico border, but also reckon with his own history of militarizing the border landscape and communities.

Biden has promised to end many of the Trump administration’s border policies, but has yet to unveil the kind of bold immigration plan that would suggest a true departure from Obama-era priorities. Cecilia Muñoz, Obama’s top immigration adviser who memorably defended the administration’s decision to deport hundreds of thousands of immigrants, was recently added to Biden’s transition team.

Biden has stated that he will cease construction of the border wall, telling National Public Radio in August that there will be “not another foot of wall”, and that his administration will close lawsuits aimed at confiscating land to make way for construction. His immigration plan will also rescind Trump’s declaration of a “national emergency” on the southern border, which the Trump administration has used to siphon funds from the Department of Defense to finance construction, circumventing Congress in an action recently declared illegal by an appeals court.

Some lawmakers along the border find these developments heartening, after Trump’s border wall construction has devastated sensitive ecosystems, tribal spaces, and communities, and has been continuously challenged in court.

“I very much expect a Biden administration to cancel construction contracts and instruct DoJ to close eminent domain lawsuits,” says the congressman Henry Cuellar, a Democrat who represents the south Texas district of Laredo, where plans for construction have been met with stiff resistance from locals who say it is unnecessary and would damage their community. “My constituents feel hopeful, because they know a Biden administration is not going to waste money on a useless, destructive wall.”

Since January 2017, US Customs and Border Protection (CBP) say they have spent $15bn on “400 miles of new primary and secondary border wall system”, the vast majority of it financed by funds from the Department of Defense. Most of this consists of replacing or building on older barriers, not building on land where none existed before.

But while weary border activists see a potential ally in the Biden administration, many say that, while his electoral victory brought them a sense of relief, they are hoping for more than a return to the status quo.

“Stopping construction isn’t enough,” says Dror Ladin, a senior staff attorney with the ACLU National Security Project. “There has to be planning to dismantle particularly harmful sections of this wall in a responsible way and help heal the damage that has been done, both to communities and natural spaces.”

Donald Trump is not unique in his goal of militarizing the border, but his administration has tested the limits of executive authority in ways his predecessors did not. On 25 to 30 occasions, the Trump administration has invoked an obscure provision of the 2005 Real ID Act, which allows the secretary of homeland security to continue barrier construction without paying heed to any law that would stand in the way of expeditious construction efforts. The Trump administration has used it to bypass protections like the Native American Graves Protection and Repatriation Act, the Endangered Species Act and the Clean Air Act. By comparison, the George Bush administration invoked the provision to waive laws five times.

Facebook Twitter Pinterest A member of the Kumeyaay band of Indians during a rally at the US-Mexico border to protest construction of new wall on their ancestral grounds on 1 July 2020 in Boulevard, California. Photograph: Sandy Huffaker/AFP/Getty Images

The Biden campaign did not respond to requests for comment from the Guardian inquiring whether or not his administration would support rescinding or reforming the provision of the act that allows for waivers.

While Matthew Dyman, a US Customs and Border Protection spokesman, said in an email that sometimes waivers are necessary for the “expeditious construction of border wall”, he also stated that they consult “relevant stakeholders to identify sensitive environmental resources”. But border activists are not convinced.

“That’s a joke,” said Vicki Gaubeca, the head of the Southern Border Communities Coalition, which advocates for policies that protect the rights of border communities. “There is absolutely no meaningful consultation with communities. They plow through without any thought to the impact.”

For those who have spent years in an uphill battle to stop Trump’s border wall, Biden’s pledge to end construction and close lawsuits comes as a relief. But some say his administration should go beyond the restoration of the status quo, which they say was broken long before Trump took office. According to activists, that will require an acknowledgment of Biden’s own contribution to the project of border militarization.

Stopping construction isn’t enough … There has to be planning to dismantle particularly harmful sections of this wall Dror Ladin, ACLU

During his time in the Senate, Biden voted for both the 2005 Real ID Act and the 2006 Secure Fence Act, which approved the construction of hundreds of miles of barriers along the southern border. During the Obama administration, when he served as vice-president, the government poured funds into agencies such as Ice and deported more than 3 million people. Biden has called those deportations a “big mistake” and throughout his presidential campaign said he would support a 100-day deportation freeze once in office. But he has largely remained silent on the question of a longer-term or complete moratorium on deportations, strategies that immigrant advocates and members of Congress continue to throw their support behind.

“To prove that they’re ‘tough’ on immigration, politicians push for more funds for border patrol, more barriers, more deportations,” says Laiken Jordahl, a borderlands campaigner with the Center for Biological Diversity, which has been in court fighting wall construction for several years. “All we get is militarization, and this makes life miserable for people actually living on the border.”

Many activists agree that the portion of the 2005 Real ID Act that gives the DHS the ability to waive environmental laws must be reformed or done away with.

“It’s ironic that in the name of bringing ‘law and order’ to the borderlands, the Trump administration has created a situation where no laws apply if they get in the way of the federal government,” says Jordahl.

Ivy Le, a press spokeswoman for the Texas Civil Rights Project, points out that for those threatened by construction on the border, Biden’s inauguration is still a long way off.

“If you’re a DHS employee who truly believes in Trump’s vision on the southern border, these next two months are your last chance to really leave your mark. We’re preparing for an onslaught,” says Le.

She warns that the fight to stabilize the border is far from over. “I’d be lying if I said I didn’t feel some relief at Biden’s election, but a lot of people are still in danger. We’ve been fighting injustice on the border since before Trump, and we’ll still be fighting it after.”