'It's the most hostile place': Life at the North Pole with Inge Solheim 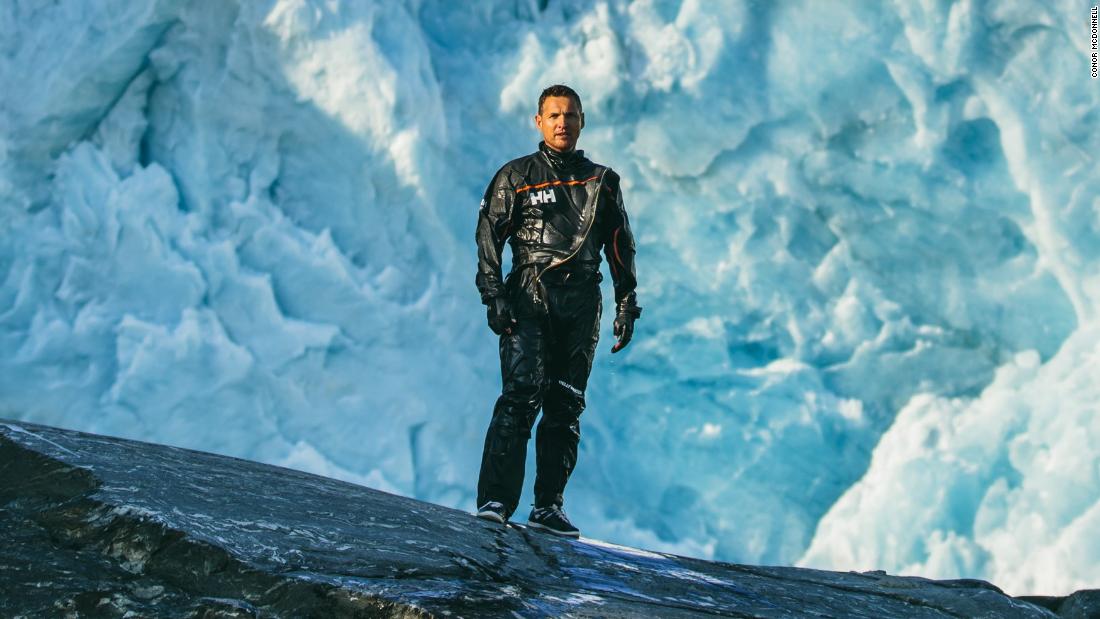 Solheim, who's been visiting the North Pole for the past 20 years, knows his place in the icy wilderness' natural order.The pull of the North Pole has remained a constant, with 20 expeditions so far."I feel that the North Pole brings out the best in me."Solheim's attempt to reach the North Pole this year was thwarted.A 700-kilometer solo speed ski from Siberia to the pole would have made him the first person to trek from land to the North Pole since 2014 .

(CNN) — Should you ever encounter a polar bear in the wild, Norwegian explorer Inge Solheim has some advice.

Step one: Make a lot of noise. “I’m banging kettles … I’m shouting and trying to scare it off,” he told CNN. If it persists, step two: Use pepper spray or a flare gun. Aim the flare gun in front of the animal – you don’t want the flare sailing over the bear’s head and exploding behind it, he explains. Retreating is the next option if there’s a viable exit. The absolute “last resort,” in the event of an attack, is using live ammunition.

Solheim, who’s been visiting the North Pole for the past 20 years, knows his place in the icy wilderness' natural order. “It’s their home; they belong there, I don’t,” he says. “I have to do everything I can not to disturb a polar bear and try not to put myself in a situation where I have to kill one.”

He adds that, despite the dangers polar bears pose, statistically, the biggest risks he faces in the Arctic is carbon monoxide poisoning or a tent fire related to the gasoline stoves used for cooking. But so far so good for Solheim.

Raised in the village of Otta in central Norway, Solheim was never apart from nature. “I grew up with stories about the old explorers: (Fridtjof) Nansen, (Roald) Amundsen, (Ernest) Shackleton, (Otto) Sverdrup,” he says. “They were rock stars back in the day.”

A childhood in the mountains was traded for a career in finance, before Solheim quit for the call of the wild. He went on to become a much sought-after guide, leading injured soldiers in the Walking With The Wounded expeditions to the North Pole in 2011 and South Pole in 2013, along with Prince Harry.

The pull of the North Pole has remained a constant, with 20 expeditions so far. “It sounds stupid, probably, but because it’s the hardest and most hostile place, it’s also the most rewarding place for me,” he explains. “I feel that the North Pole brings out the best in me.”

“I think the lessons you learn out here and the confidence you build is much deeper and more solid than what you can learn in the office life or private life at home,” he adds. “Out here you’re stripped down to the basic of what it is to be human.”

Yet, despite his achievements, he’s reluctant to be labeled an explorer. “I never felt comfortable in those shoes,” says Solheim, comparing his exploits to the early polar pioneers. “What these guys did was so far beyond what I can do today.”

Solheim in northern Norway last winter. The explorer swam in frigid waters with Humpback whales and Orcas as part of an awareness-raising campaign. Todd Thimios

In homage to his forebears' superhuman feats, Solheim has followed in their footsteps. In 2005, he took part in a recreation of the race between Britain’s R. F. Scott and Norway’s Amundsen to the South Pole in 1911 (Greenland stood in for Antarctica as dogs are now prohibited from the continent, over concerns that they could introduce diseases to seals, or disturb wildlife ). For three months he donned period gear, used period equipment and ate period rations for the 2,500-kilometer race. Solheim says his hefty caribou hide sleeping bag was the best he’s ever used. As in real life, the Norwegian team won.

The times are changing in the Arctic; even pollution is finding its way into the remotest corners of the world

“We are polluting and we’re spoiling our self and ruining the world around us,” Solheim told CNN on a guiding trip to the Svalbard archipelago. “I think going out here and experiencing the beauty, and feeling at one with nature, I think it reminds us that we have to protect it.”

Solheim’s attempt to reach the North Pole this year was thwarted. A 700-kilometer solo speed ski from Siberia to the pole would have made him the first person to trek from land to the North Pole since 2014 . But the attempt was put on ice when he didn’t receive permission to depart from a Russian military zone.

Still, there’s always next year, and Solheim already has a date penciled in the diary: March 15, 2020. “I’m working on funding, and with the right authorities in Russia, so unless they decide to have some military exercise again at the same place, I’m optimistic,” he told CNN.