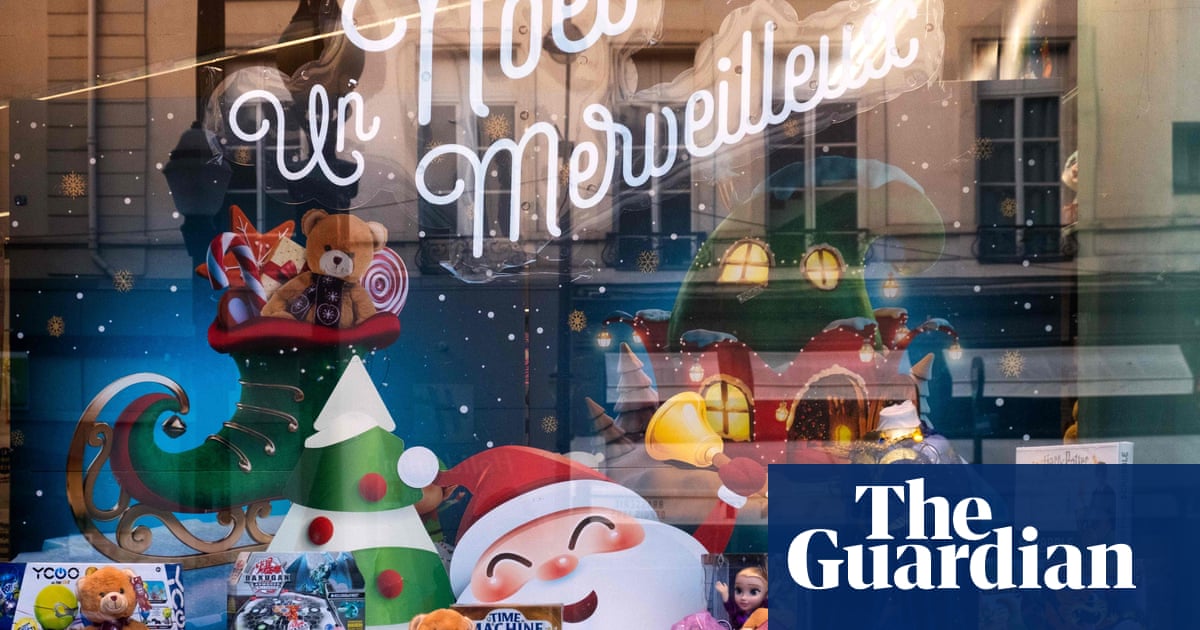 Europe’s governments are putting off painful decisions about Christmas and new year celebrations, with few yet keen to say exactly what will be allowed and many already warning there could be much that will not.

“It’s a massive headache,” a French government minister told Le Monde, noting the “impossible choice” between a “socially untenable” ban on family get-togethers and the medical imperative of not further fuelling the spread of coronavirus.

In a speech in late October announcing France’s second lockdown, President Emmanuel Macron said that if the pandemic was brought under control, the government would “see nearer the time whether we can hope to celebrate the festive season en famille”. As with most countries, that time has plainly not yet come.

France’s prime minister, Jean Castex, said last week that non-essential shops would probably reopen on 1 December, and lockdown rules should be relaxed to allow some form of family Christmas, although “certainly not like usual”. Parties “with dozens of people” would not be allowed, he said, and the government would not decide until the end of November to what extent holiday travel within France over the period would be possible.

Christmas trees, at least, can go on sale from 20 November, the government has announced, but restaurants look unlikely to reopen before mid-January and there is no certainty yet that churches will be able to hold Christmas mass.

France’s lockdown rules do not currently permit people to invite guests into their homes. A recent French poll found 53% of respondents were willing to forgo a family Christmas to prevent infection, 75% were planning to see fewer people and 70% were even willing to stay in full lockdown.

When Germany headed back into a “lockdown light” at the start of this month, Angela Merkel expressed the hope that “we’d be able to afford more freedoms at Christmas” if citizens were to stick to the tightened rules throughout November.

But when the chancellor meets the leaders of the country’s 16 states next week, they are expected to agree on new regulations that will ban seasonal jollies right until Heiligabend, the evening of 24 December when Germans traditionally gather for Christmas celebrations.

“If I am being honest, I don’t see big weddings, big birthdays or even big Christmas parties happening in December or any point this winter,” the health minister, Jens Spahn, said recently.

Some Christmas markets including Nuremberg’s Christkindlesmarkt have already been cancelled, while others such as Dresden’s Striezelmarkt are working on plans to allow their traditional mulled wine and gingerbread extravaganza to go ahead in a stripped-back form.

Fearful of overburdening hospitals, authorities in several cities and municipalities are considering whether to follow the Netherlands in banning firework displays on New Year’s Eve, prompting Die Welt newspaper to complain that those demanding a moratorium on firecrackers “are ignoring Germany’s beleaguered soul”.

Spain remains in a state of emergency, with overnight curfews still in force. The health minister, Salvador Illa, has convened a meeting of regional health experts to come up with plans to make Christmas as safe as possible, but warned people not to get their hopes up.

“I think all Spaniards know that this Christmas isn’t going to be like the last one,” he said on Wednesday. “We can’t carry on as if nothing’s happened.”

‘Normal’ Christmas in England requires restrictions before and after, say advisers Read more

The government of the Madrid region is looking into the idea of using pharmacies to carry out huge numbers of Covid tests before and after Christmas to allow people to gather safely. Any such move would need to be approved by Illa’s ministry.

On Thursday, the Catalan government announced that the region’s bars and restaurants, which have been closed for a month, would partially reopen from Monday, and it set out a four-phase plan for the coming weeks.

Catalonia’s 10pm-6am curfew will remain in place over Christmas and the new year. However, families may be able to meet in groups of up to 10 people from 21 December. Meetings are currently capped at groups of six.

In Italy, where Christmas markets have also been banned and travel between regions is tightly restricted, a decree is being prepared for the festive season, with possible measures including shops and restaurants reopening from 3 December, the national nightly curfew being extended by one hour, and Christmas dinners permitted but only with very close family.

The prime minister, Giuseppe Conte, reassured children last week that their presents would be delivered because Babbo Natale, or Father Christmas, was not under any travel restrictions.

But Christmas was “not only about shopping, presents and giving a boost to the economy,” he said. Whatever people’s religious faith, it was “certainly also a moment of private spiritual worship” – just not “private spiritual reflection with a lot of other people”.