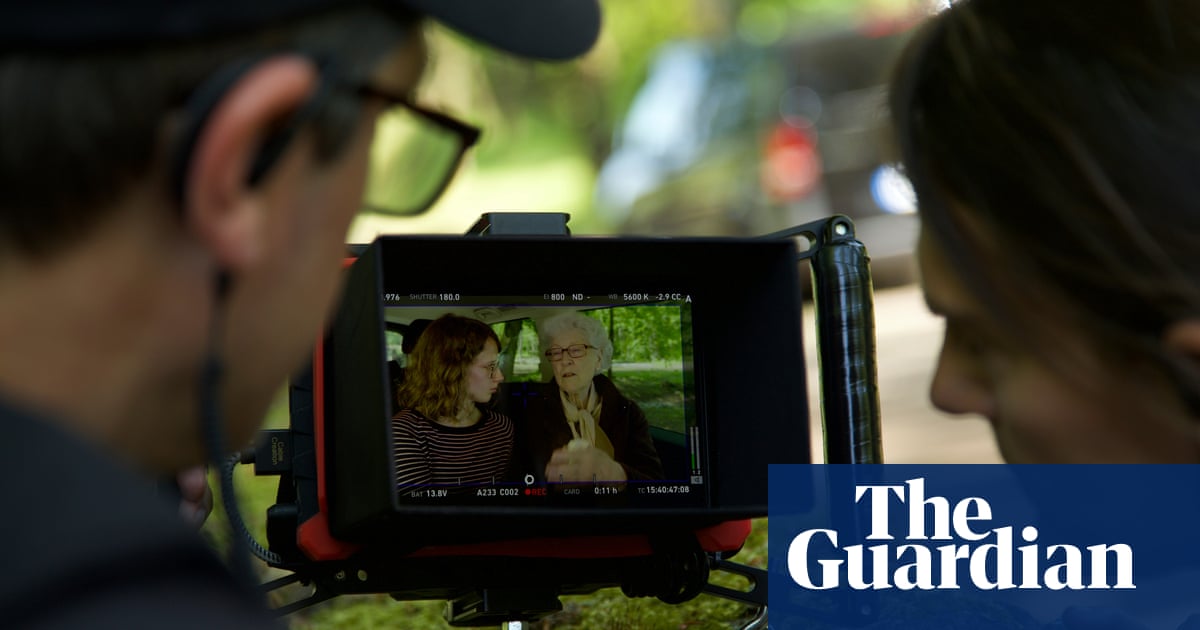 The new Guardian documentary, Colette, follows the remarkable story of a former member of the French resistance, as she travels to Germany for the first time to the Mittelbau-Dora concentration camp where her brother died 75 years ago. Persuaded to go on the journey by history student Lucie, 17, the pair support one another through an emotional journey into the past. “When I cross into Germany I’ll never be the same again,” says Colette, 90.

How did you come across this story?

Giacchino: In April 2018, Alice and I were in France scouting a completely different world war two story about an American veteran whose glider had crashed in Sainte-Mère-Église during the Normandy invasion. Over lunch, our tour guide told us he knew a woman in Normandy named Colette who had been in the French resistance and he offered to make an introduction.

Doyard: The first time I spoke with Colette, I was amazed by her strong mind and her vivid memories of the war. She spoke about her lost brother Jean-Pierre with a frank, truthful, yet tender tone. I knew we should help give her voice, to tell the world what she was communicating.

Colette Marin-Catherine in her uniform of the French resistance. Photograph: D.R. Heidinger/The Guardian

What was your creative vision for this project?

Doyard: We very soon had a strong interview for a memorable portrait but we wanted to show her in action, perhaps embarking with her on a new episode of her life. In filmmaking, I believe there is nothing more important than revealing the authentic experience of your characters, and we wanted to explore the deep connection Colette felt with her lost brother.

Giacchino: Eventually we wondered if Colette would consider going to Mittelbau-Dora concentration camp. But as much as we were intrigued by this notion, we felt we couldn’t suggest it without a purpose beyond simply visiting the spot where her brother died. And hanging over all of this was the fact that Colette had vowed never to go to Germany, frankly telling us that she spent the last 70-plus years trying to forget this part of her life.

Doyard: In parallel, through research I discovered that a project to document the experience of French deportees to Dora was under way at La Coupole Museum near Saint Omer in France. That’s where we found a 17-year-old aspiring historian named Lucie Fouble. It occurred to us that Lucie’s presence on a visit would be invaluable from the point of view of Colette being able to see that this tragedy mattered to future generations. It is that which convinced her to make the journey.

How do you approach filming such a sensitive topic with so many deeply intimate scenes?

Doyard: For me, having worked in very difficult situations in Congo and other zones of conflict, I am very conscious of the need to protect the emotional wellbeing of contributors. So no step was taken without careful discussion. Before each sequence we were brainstorming together about how to film it. No prejudice, no message to tell, but room for Colette to express and have the final word. The scene in the restaurant when the former mayor of Nordhausen talks to Colette about his memories of the war is a genuine expression of how we worked: when Colette wanted the camera to stop, the camera stopped.

What were your most memorable shoot days?

Giacchino: It’s hard to pick! The day we filmed with the former mayor of Nordhausen certainly stands out because of Colette’s reaction to his words. Or Colette realising she didn’t have flowers to leave at Dora for Jean-Pierre. That was hard to watch as it happened. And of course the moment Colette gave Lucie the ring. It was not only a surprise for Lucie, but for the whole crew. In an instant, we all experienced the legacy embodied in that ring and I don’t think there was a dry eye among us.

How do you think this film speaks to contemporary times?

Doyard: It is wise not to impose too much of the past on the present. Although authoritarianism and intolerance are on the rise we are not living in the occupied Europe of the 1940s. That said, we can learn from the example of Colette the importance of acts of resistance against tyranny and from Lucie the importance of examining history to seek its truths rather than live on its myths. In France this is particularly important because so much of the past is problematic but I believe it holds true also in a more universal sense.

Giacchino: This isn’t only a problem in France, but also in the US, where there is a large movement demanding we truthfully reckon with our own past, specifically the legacy of slavery and the devastation of indigenous populations. Like Colette realises in the film, no matter how hard you try to suppress it, you can never really escape your own – or your country’s – past.

Anthony Giacchino is an Emmy Award winning filmmaker living in New York. His last documentary, The Giant’s Dream (Warner Bros ), tells the story behind Academy Award winning director Brad Bird’s first feature film, The Iron Giant. His first feature-length documentary, The Camden 28, aired on the PBS series POV, and was nominated for a Writers Guild of America award for outstanding achievement in writing for the screen. Giacchino is a former Fulbright Scholar at the Albert-Ludwigs-Universität in Freiburg, Germany.

Sign up for Guardian Documentaries newsletter here to be the first to hear about new releases and exclusive events.